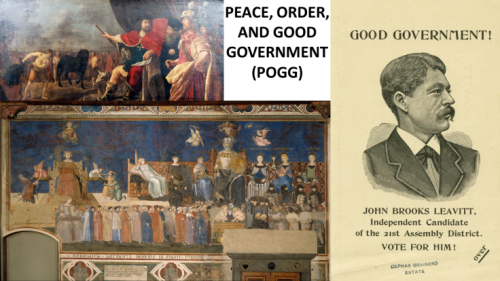 What Is Good Government?

What does good government look like? Most of us probably associate good government with virtues and a virtuous person (see the links in the caption of the picture above). Unfortunately, we often forget that good government mostly depends upon the We the People behaving virtuously, not just our leaders.